What to know about banwave

It is not known for certain how it works, but practice still gives some idea of ​​it.

1. Any disconnection of replays and logs and other dances with a tambourine is an absolutely useless exercise.

3. If someone bought SuperPuperMegaAntiban prog to disable the unencrypted recording of logs, screenshots, and replays - in vain spent money. THERE ARE NO PROGRAMS FOR BAN LOCKING.

Now I will explain why there are no such programs and there can not be.
Because bans are not programs, but special employees of the company who make this decision on a combination of factors and really visually make sure that the player whom they are going to punish is really a cheater.
How does this happen? It seems that as follows ...

There is a complaint system in the game. This complaint goes to such an employee and he looks at the replay from the server (not to be confused with local replays in the replays folder) of this battle, paying attention to the adequacy of the player's behavior. By circumstantial evidence, he can establish — for example: shooting at a lead through bushes; unreal extermination of art by tracer; reaction to the breakage of objects that are hidden visually; incomprehensible blinds on the technique behind the drawing line; illogical behavior of the sight; You can give a lot of examples. And if you think about it, then it’s easy to identify a cheater by replay by an experienced worker.

If you accept this concept, you can follow the following tips to minimize the probability of a ban.

1. First and foremost. Maximum correct behavior on the battlefield without arousing suspicion and complaints about yourself.

2. Try to simulate the behavior of an ordinary player (do not shoot boldly at the balls, try to use aim in a mixed version with manual shooting, pay attention to the vegetation so as not to burn in the tundra, not be distracted by damage to objects, not to bullet through nezasvet without much need.)

3. The more intuitively the new wave of bans is (usually after 2 months), the more diligently the first 2 points are carried out.

Saying I used SAE or Mongoose and got banned for 7 days means nothing. I will get back to Aslains further down.

Ask yourself.... What did you use BEFORE Essentials? I can guarantee that Essentials was NOT detected. What CAN be detected is your BEHAVIOR WHILE YOU ARE USING IT.

That being said..... the time-frame that players are reported or flagged by the system is SOMETIME since the last ban-wave. A players behavior is validated sometime up to a few weeks before the ban-wave, mostly using stats and reports. In some cases replays can be looked at.

1. You are using illegal mods to do that. (Only download from WG official site bla bla bla LMAO).

2. You have paid or asked someone to pad your stats. (It happens)

3. You are not the original owner of the account. (Yaaaaaay EBay).

4. You "Git gud" and start suddenly to play like a god for no reason. (They never even suspect this one).

If your stats jumped during that ANYTIME since the last ban-wave, that is probably why you got banned. Why they even looked at you was probably because of someone sitting in your tank and watching you cheating.

Look.... I can sit in anyone's tank and see if they are using illegal mods. I can even see it in replays. Trust me when I say that I AM NOT THE ONLY ONE WHO CAN DO THAT. If, for example, you have a WG fanboy in your tank and he sees you are cheating he will probably send a report to WG then play with his penis for the next 45 minutes.

There has been lots of talk about Aslains and other mod-packs containing "sniffers" to show what mods you are using. The "tin-hat brigade" claim that information is sent to an external server and then to WG. This is probably not true. No-one has managed to send me evidence of this ever happening.

Think about this...... Say they get information about 20K accounts in EU that were flagged from an external site. Who is going to look at that data? The EU office only has one idiot working there. He makes (bad) streaming videos and is too busy with his superstar status to care about what they real players are doing. Nope.... not him.

The bans are all regions so...... sending data files from the RU/EU/NA/SA/Asia servers to Minsk for review on who uses what? Naaaaaah..... I don't think so.

The people who work here can guarantee that the Essentials and SAE are not detectable. Saying "I only used Essentials and got banned for that" is silly. It is interesting information but the mods did NOT get you flagged.

Other mods are detectable. I will not name names.... but I know that some aimbots can be seen/heard when they "lock", by someone riding in your tank.

Tundra users are easy to see because some tundra mods work in a stupid way. If you know what to look for you can easily see who is using tundra. I am not going to say how it is possible here because "others" read this forum too. (NOTE...... I'm NOT talking about the tundra in Essentials which is undetectable).

If you used ANY mods other than Essentials, got reported a lot, or got "really good" since the last banwave you probably got flagged for that.

Return to “About Banwave” 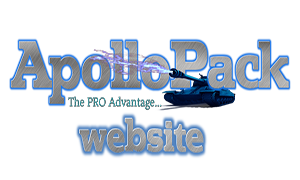 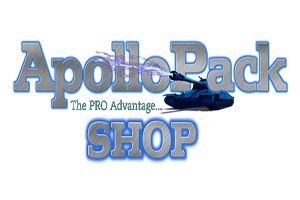 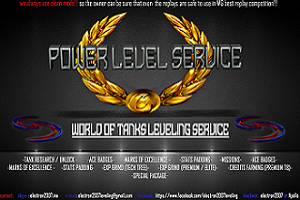 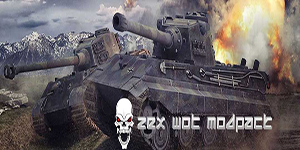 Powered by apollomods-forum.com™ • Design by PlanetStyles